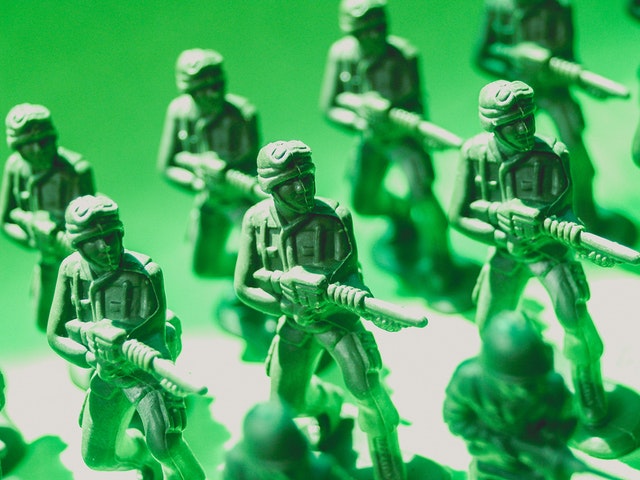 Is the Call To Action in your marketing and advertising getting any action?
Do you even have a call to action?

Lots of people are writing articles and publishing podcasts and recording videos and buying advertising in print and broadcast and digital (along with a myriad of other paid and organic content) with the express hope of getting more business.

The problem is that most of the content and ad messages have to do with pushing as much information at the audience as possible. Most radio ads are only 30 seconds long these days, but the spots are crammed with the same amount of information they used to run in the longer 60 second ad copy — it’s just a faster talking and louder shouting announcer played at a higher speed and all the pauses and space between words have been removed in order to include a company’s hours and locations and email address and phone number and website and obligatory request to “find us on Facebook”.

Television ads are the same, except with the addition of obnoxious images like spinning fonts and flashing graphics that make the WHAM! POW! and BAM! of the 1966 Batman TV series seem positively restrained by comparison.

All the “Content Marketing” being published on blog posts, YouTube videos, and podcast episodes are just as guilty. The focus is always on the content to the point that the marketing is left to chance (or left out).

Creating a compelling Call To Action

Direct your audience to a single point of contact
Don’t rattle off your address, phone number, social media handle, email address, business hours, website URL, etc. Decide on the contact mechanism that makes the most sense for the medium you’re using, the message you’re sharing, and the first step you need a customer to take in order to initiate contact.

Make it easy to take action
Don’t tell people to sign-up for your email list and then hide a tiny signup button deep within the bowels of your website. Make a giant button on the front page of your site that they can’t miss.

Make sure your internal team knows about your plans and the call to action. Business owners get so caught up in working with their media group or ad agency on the exciting marketing campaign they forget to tell their customer service team that people are going to be calling and asking about a particular product or service. I was helped create a marketing campaign for a well-known quick serve restaurant that involved sending customers to their drive-thru to order a new strawberry milkshake at a special price which was being donated to a charity. The advertiser was excited about the promotion and the audience took action, visiting the stores and asking for the special drink. The problem was, none of the restaurant managers or employees were told about the start of the campaign and weren’t prepared for the questions about the promotion coming from customers and they had zero internal signage or messages about the new drink and supporting the non-profit. Some listeners even called the station to complain that the advertiser had no idea what they were talking about when they ask for the advertised promotion.

Track your results
If someone follows your direction and takes action to buy from you or makes contact to start a conversation, and don’t have a method to properly track and attribute that sale or lead — did it happen? If you can’t draw a line from a customer response to your original Call To Action, it’s kind of like that old cliche about whether a tree falling in the woods makes any noise if no one is there to hear it.

You need to structure your CTAs so that you know response from the radio ads are coming through a special number, or that the TV ads are running a buy-one-get-one on Thingamajigs. When someone comes to your store and asks for the free thingamajig, then you know they saw the television ad. Asking a customer “how’d you hear about us?” is barely better than not asking at all. Customers never really remember where they heard something because they are inundated with at least 10,000 ad messages each day (and that number was from 2017, so you know it’s worse now!).

I remember an old client who tried the “how’d you hear about us” method and was constantly told by people they saw an ad in a local coupon mailer. The problem was, this client never advertised in those mailers. Something was working for this client, but he had no idea what was delivering customers so effectively.

If you don’t know what’s not working, how can you stop expending effort and expense on it?

If you don’t know what is working, how can you keep it going?

This article originally appeared on www.dontheideaguy.com